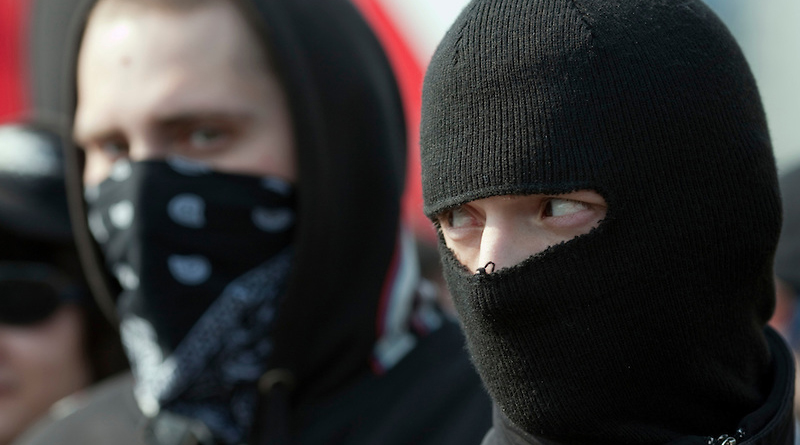 The year was 2020. The crisp evening of a pale November endured an eerie silence as the world awaited to reveal its new king.

Resounding whispers echoed a prophetic lament for civilization: “War is upon you.”

In the preceding years, the tension between the left-wing and the right-wing intensified to the point to where it could no longer be contained.

The age of the freethinker had come to a sorrowful end; the renaissance had expired. The glory days of conversing and exchanging ideas in the marketplace of free expression were now behind us. The era of individualism wrought its ghost upon the chronicles of time.  You were either Team Left, or Team Right.

“These snowflakes and libtards are going down, you’re either with us, or against us. We’re going to make America great again!” One man said as he adjusted his Maga hat and grabbed his plastic shield. “It’s time for war!”

The year was 2021. In an effort to contain the bloodshed, rioting and war, the Government issued Martial Law. Hopes of restoring order had long diminished and the future of the nation appeared fleeting and intangible.

Before he could finish, he was shot dead in the street and the ominous words spoken enshrouded the night. “Those days are over.”

The year was 2022. Suffering a military Coup d’etat, the Government had lost a faction of its armed forces to those who decided to either join the efforts of the war upon the unexpected victories of the left (who were originally thought to be fragile snowflakes incapable of wielding firearms.) or simply refused to shoot down citizens in violation of the posse comitatus act.

What happened to the conservative, gun toting, Jesus-loving Christian men and women? Surely their combined forces would’ve expelled the leftists rather quickly and handsomely?

They never joined into the war. All those years the left thought they were all bigots and Nazis, they turned out to prove them wrong. They refused to take up arms in a vacuous, unjustified war.

What happened to the liberal, the atheist, the progressive thinking men and women of reason and logic? Surely they would confront the bigotry of “Team Right” and take up arms to save society from hatred?

They never joined into the war. All those years the right thought they were all standing in solidarity with the radical left, they were wrong. They refused to take up arms in a vacuous, unjustified war.

They were a small fraction of both sides, the fringe, the extremists, they were those who were incapable of compromise, those bereft of reason and logic. They were the faulty caboose whose disproportionate momentum derailed the entire train of civilization.

The year was 2023. Unable to restore order, foreign entities saw an opportunity to gain footing in unstable territory. Many had fled the United States, many joined the war simply to see it end, and others survived how they could until it was over or until they were killed for being fence walkers or complacent.

The previous three years the war saw little intervention from outside parties. Since the occupation of territory by invading, impartial forces took rise, the United States called on NATO and United Nations to draft treaty and end the war.

A war, at this point, no one even remembered how it started or why they were fighting each other. They just knew they hated each other and weren’t going to stop until the other side was vanquished.

Eventually order would be restored and the nation made whole again. The people of this great land would have one thing to remember: